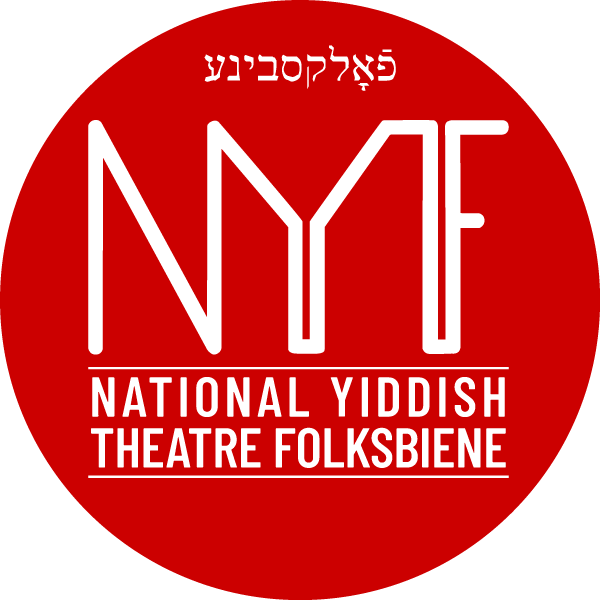 Wondering how a cast of 20+ non-native speakers learns Yiddish quickly and proficiently enough to speak it, sing it, and live it onstage in Fiddler on the Roof in Yiddish eight shows per week?

It’s easier – and way more fun – than you might think.

Tevye and his family were Jews living in the Russian Pale of Settlement at the turn of the 20th century (more on that in an upcoming Spotlight article); reclaiming Yiddish as part of their story just makes it all the more authentic to the truth.

The universally beloved musical adaptation of Fiddler on the Roof was first presented in English, but did you know the story of Tevye the Milkman originates from Sholem Aleichem – one of the most famous authors in the rich history of Yiddish-language literature? Like Tevye and his family, Aleichem (sometimes referred to as “the Jewish Mark Twain”) was raised in a Russian shtetl and wrote dozens of beloved, important Yiddish novels and plays.

Although the production is presented with English and Russian supertitles, as CBS News said – “You don’t need to know Yiddish” to find yourself fully immersed in this world. It was unanimously agreed that the story transcends language, that authentic connection to language makes the story universally emotional, connective, and understandable, even to non-Yiddish speakers, even to people who choose not to read the supertitles. We encourage you to let go of any language fears and come to Fiddler with an open mind, heart, and ears.

Yiddish is incredibly accessible and recognizable to an English speaker, even colloquially. So many Yiddish words and phrases have made their way into our English vocabulary. When was the last time you were schvitzing? Probably during that major heat wave a couple of weeks ago. Did you get a beygl with shmear and lox this morning? If you did, you also spoke a little Yiddish without even trying. Many of these words are more common in the American entertainment industry (initially via vaudeville), the Catskills/Borscht Belt, and New York City English.

When creating the cast of Fidler Afn Dakh around a majority of non-native Yiddish speakers, many actors were up for and excited about the challenge. Casting director Jamibeth Margolis described the process of casting Yiddish learners who could also sing and dance. “I wondered what my dear late grandmother, who always wanted me to learn Yiddish, would have said if I told her I would be casting her favorite show (in Yiddish yet!). ‘Kenstu es gloyben?’ (Can you believe it?)” she remarked. “To prepare, the actors received a seven-part audition packet,” she said. The packet consisted of a written Yiddish pronunciation guide, an audio pronunciation guide, and more tools that would help auditionees get to where they needed to go.

The team’s hard work paid off, and every actor quickly accepted their roles in this massive undertaking. After a three-day Yiddish boot camp at the start of rehearsals, the team was immersed in the language for the remainder of the original production.

It all worked out for the best. “This iconic show, so beautifully done, was performed in the language of Sholem Aleichem,” Margolis said. “If only he, the Jewish Mark Twain, could see this show 124 years after he created Tevye the Dairyman. If only he could read the rave reviews. If only he could know how many times NYTF extended the show, how many people were coming to the Museum of Jewish Heritage in lower Manhattan overlooking the Statue of Liberty.”

Yiddish is all around right now, including on and off Broadway. Julie Benko, who dazzles the theatre world with her portrayal of Fanny Brice in Funny Girl, even has a TikTok series where she teaches fun Yiddish words to an audience of hundreds of thousands. Check it out here:

Julie has been using Duolingo to brush up on her Yiddish, which we definitely recommend. But the Folksbiene has other exciting options for you to dip your toe into the wonderful and useful Yiddish language. Check out seasons 1-3 of 15-Minute Yiddish, created by and starring NYTF associate artistic director Motl Didner, for fun, interactive, low-stress, free Yiddish lessons – and, when you run out, don’t get shpilkes. Season 4 is coming soon; sign up for our newsletter to be the first to hear about it.

Whether or not you brush up on your Yiddish before Fiddler returns to the Folksbiene (and the theatre district) at New World Stages from November 13 to January 1, we hope you won’t let the language barrier get in the way of experiencing an authentic theatrical experience like no other. If great music and beautiful performances make you farklempt, you’re already halfway there. Tevye at the Bat

The image of Tevye at the Bat falls in line with a beautiful truth inherent to baseball: that as long as somebody can hit a ball with a bat, they can be a hero, no matter who they are or where they come from.