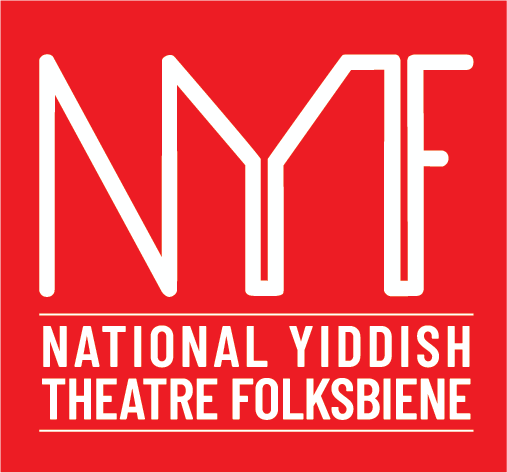 We are the Folksbiene Adam B. Shapiro (center) in The Golden Bride

National Yiddish Theatre Folksbiene’s mission is to celebrate the Yiddish experience through the performing arts by transmitting the rich cultural legacy in exciting new ways that bridge social and cultural divides.

The Yiddish theatre represents a rare but vital connection to a culture, a language, and a way of life nearly destroyed following the second World War. Now in its 105th season, NYTF has a burgeoning creative engine but must maintain a connection to future generations who may never have heard of Yiddish or encountered Eastern European Jewish culture in its original form. While this material has evolved in America to suit contemporary sensibilities in the form of the comedy of Jerry Seinfeld or Woody Allen, the music of Matisyahu, or nearly any musical play in the American Theater canon, its source material is largely neglected and those seeking cultural roots are often stymied by the language barrier of Yiddish. Employing a collective creative mindset in keeping the culture fresh and relevant, and with the use of translation titles accompanying performances, NYTF provides access to the hundreds of years of cultural expression, aiming to inspire the imaginations of the next generation to contribute their own stories to this valuable work.